Since it’s inception in 1987, there have been 30 TCG events focused on the C-130. Each year, attendees share experiences and technologies to help maintain their aircraft safely and efficiently.

The C-130 is a four-engine turboprop military transport aircraft designed and built by Lockheed Martin 20 miles away from Aventure Aviation’s Atlanta warehouse.

“We have participated at this event the past ten years,” said Maria-Julia. “It’s an excellent venue to network with customers, suppliers, and shops, and learn about issues we all face.”

“With more than 150 vendors from over 30 nations attending, it was a fantastic opportunity to network,” commented Ron.

“Since it didn’t take place last year due to the pandemic, this year’s event was a much needed opportunity for foreign operators to collect and discuss current capabilities and improvements,” added Osman.

Operated by more than 60 countries, the C-130 was originally built as for troop medical evacuation and cargo transport in 1956. It has since found a variety of roles, including gunship, search and rescue, weather reconnaissance, aerial refueling, maritime patrol, aerial firefighting, and civilian versions. 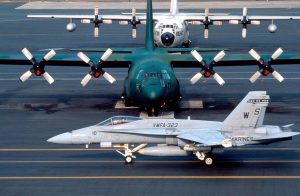 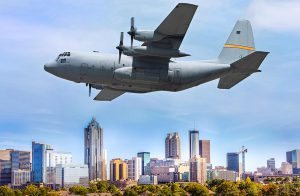 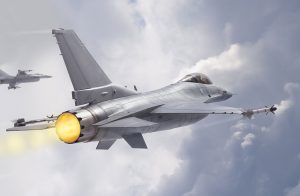